“All are equal but some are more equal than others” is not a direct quote from Minister for Equality but more verbal representation of the actions of our newly appointed Minister for Women and Equality, Theresa May. The Minister’s voting doesn’t read as the best curriculum vitae for the job. The course of Theresa May’s political life does not shout equality, it doesn’t even whisper it. It was expected that Chris Grayling would get the job, but he hasn’t exactly got a great voting record on equality issues relating to gay rights either.

Thanks to the wonders of the internet we can actually view the voting record of our MPs and Ministers to see if they actually do represent our values.  Our Minister of a ‘equality’ shows a less than impressive record on equality issues relating to gay rights. Looking her record published on They Work For You, Ms May is classified as being moderately against equality relating to gay rights.  Since 2001 she has mostly voted against equality, when she actually turn up to vote! Her rating is 31% for equality on this issue! Compare this to David Cameron’s 61.3% although he was absent from a few votes too, including the one to repeal Section 28.  Nonetheless, Mr Cameron comes out as ‘moderately for’ equality. Of course it could be worse. William Hague only ‘chalks up’ 26%. He was either absent or opted against equality on this issue. However, all three did manage to drag themselves in to vote against the hunting ban. Cameron and Hague attended all votes and May only missed one.  It doesn’t exactly shout ‘fairness and equality’. Gordon Brown‘s rating at 61.9% is equivalent to David Cameron’s on equality but voted ‘for’ the hunting ban. Chris Grayling scored 39.4%, only slightly better than Theresa May. However,  it certainly could have been worse if Communities Secretary (although probably not gay communities), Eric Pickles had landed the equalities post with his 15.7% rating for equality. Even worse, ‘the quiet man’ Iain Duncan Smith, who is remarkably quiet on equality at a mere 7.7% rating. These last two make Theresa May look like Peter Tatchell!  Furthermore, these cabinet choices undermine and contradict Cameron’s assertion that the Tory’s are ‘no longer the nasty party’. Suspending MPs for marking anti-gay comments contradicts  his choices to put an habitual anti-equality voter in charge of equality.

Nevertheless, Ms May claims she is the right person for the job and that ‘homophobic bullying’ will be one of her priorities, despite having voted against the repeal of Section 28.  Given her voting record, it’s hardly surprising that thousands have joined a facebook group and signed a petition calling for her  resignation as ‘Minister for Equality’.  And does her call for an International Day Against Homophobia sit easily with her heterosexist voting record on equality issues!  It’s easy enough to smile for the camera and wave a flag for the day, but better to actually make a difference with the power of your vote. Otherwise, it’s PR tokenism and hypocrisy.

It will be interesting to see how these issues affect the Con-LibDem Coalition over the coming months. Compare Ms May’s record with that of Liberal Vince Cable with a 90.4% rating for equality. Treasure Secretary  David Laws gained a similar rating of 90.1%. As for Nick Clegg, with only three opportunities to vote (and one missed), his rating of 64.3%.  The appointment of Junior Minister for Equality Lynne Featherstone does in part help balance the equality with an equality rating of 64.3% (based on only three votes). However, she didn’t turn up for the vote on Equality Act (Sexual Orientation) Regulations.

Cary Gee makes the point in Tribune Magazine that, “A day before the general election was called, Cameron spoke of ‘the great ignored” – specifically mentioning gays. Ignored? But I would rather be ignored by a Tory government than crapped on”.  Arguably, Ms May has made a political career of crapping on equality and gay rights, as have many of her colleagues. It could be argued that we should give Ms May the benefit of the doubt, but so far ‘equality’ has not benefitted from her conviction that some people are not as equal as others!

To protest about the appointment of Theresa May, write to your MP, sign the petition and  join the FaceBook group, see links below. And, to see how your MP votes on equality issues visit: TheyWorkForYou.Com.

Having been involved in SRE teaching in inner city schools I felt I just had to comment on the story that a new Government programme  is expected to be added to the curriculum that will require  primary schools to give all pupils sex education lessons under Personal, Social, Health and Economic (PSHE) education.

In association with a theatre-based project I ran some workshops in schools to discuss the themes of  a play. We asked that the groups were no bigger than 20 but instead some schools insisted that the groups should be 50+. In effect it had become a mere tick-box exercise for some schools.

A new report from the  Family Education Trust argues “Making PSHE statutory would inevitably reduce the influence of parents over what is taught”. In the report “Too Much, Too Soon”, author Normal Wells (and director of the FET) argues that

“Schools are currently required to consult with parents with regard to their sex education policies and to be sensitive to their wishes.

“However, making PSHE part of the national curriculum would inevitably make schools less accountable to parents in what is a particularly sensitive and controversial”

Now while I agree that parents should be more involved with education, it has to be stated that all parents aren’t trained teachers.  And presumably Normal Wells and The Family Education Trust do not hold the same view of religious education in schools which is compulsory and it has to be said, fairly sensitive and controversial. Why don’t we give parents responsibility for their children’s religious education? However I doubt whether Mr Wells would agree with that as he claims that compulsory sex education in schools “raises the very real possibility that some schools would be forced to compromise their beliefs on controversial areas such as contraception, abortion and homosexuality in the name of consistency”. Ah! Never let the facts get in the way of a ‘good’ belief system, eh?

And exactly how are the topics of contraception, abortion and homosexuality connected? They are often trotted out, unchallenged, as the ‘unholy’ trinity. However, they are only connected when you adopt a particular moral standpoint. Then it’s not a question of ‘too much, too soon’ which suggests a developmental argument. The title of the report misdirects in order to sneak in a religious perspective. They are separate arguments, made to look like one.

And why should it be assumed that all parents are comfortable talking about sex when they may have had very little formal education on the topic. So, where’s the objection to balanced lessons on sex education being taught in the classroom, by qualified teachers with knowledge of key stages in learning development? That’s what they are trained for! Surely, professionally planned and delivered sex education will  enrich dialogues between young people and parents.

My own view is that psychology should also be on the curriculum especially developmental psychology so that young people gain some valuable evidence based insights. As an educator, ultimately, I have to be an advocate for education over ignorance every time. The reason why schools should deal with the subjects of  sex  (and religion) is that they can offer a much broader perspective and employ a host of teaching methods and resources. Sex education should not be a platform for moral crusades. What we need is education without the editorial. The facts of life should be about the facts of life.

My colleague Dr Petra Boynton has writtten an excellent piece on this topic.

We have many taken-for-granted assumptions about the biology of men and women. So, I offer this, provocative, human anatomy quiz. It’s aimed at unpacking the assumptions we make when telling stories around sex and gender.

For a fuller discussion of sex and gender see my book The Psychology of Gender (For US click, For UK click ). In the meantime, here are the answers: 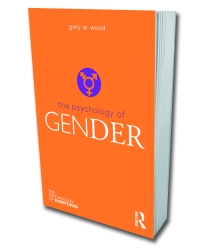 The Psychology of Gender looks at our biology, history and culture to consider the impact of gender roles and stereotypes, and addresses the ‘dilemmas’ we have regarding gender in a post-modern world. (For US click, For UK click ).

So where does this take us?

Well, in the direction of a twelve point personal research plan to check out the answers and then consider how these facts impact on our social interpretation of biological sex, that is our gender roles (and our attitudes to sexuality).

[Material adapted from Sex, Lies and Stereotypes, by Gary Wood]