One of the things to emerge from the Caster Semenya controversy (in the 2009 World Championships) is the misconception that the terms sex and gender mean the same thing. They do not. Numerous sources, including ones that should know better, have been waffling on about ‘gender tests’ when what they actually mean is biological sex tests.  Sex as a categorization is a biological designation. It refers to the physiological characteristics that differentiate males and females.

Gender is the social interpretation of biological sex. It refers to socially constructed roles in the form of behaviours, activities and other social attributes that any particular culture or society considers appropriate for women and men. So, “male” and “female” are sex categories, while “masculine” and “feminine” are gender categories. Now there are also wide gender variations with any culture. For instance, do rugby players have the same gender as librarians, stamp collectors and ballet dancers? They may do, they may not, but that doesn’t necessarily have any bearing on their biological sex. Within any population there will be an enormous range from ultra ‘feminine’ woman, to the ‘averagely’ feminine woman, to ‘neutral’ looking/acting  women, to slightly ‘butch’ women to overtly masculine women. The same applies to men and gender.

The idea that we could gender test athletic competitors is quite ludicrous. If an individual behaves in a way that does not support the gender stereotype, so what? The basic test for gender is what a person perceives themselves to be! Mostly we use the clumsy black and white categories but the way we live our lives betrays the inadequacy of the labels.

Equally ludicrous is the notion that gender can be divided into simplistic binary categories.  Numerous factors influence gender identity such as race, class, culture and so on. Oscar Wilde once commented that football is a game for ‘rough girls not delicate boys’. It’s possible to be male and not sporty and still be masculine. It’s possible for a female to like football and still be feminine. Modern gender theorists now talk about femininities and masculinities rather than as monolithic constructs. No two people have identical genders as no two people have identical views of the world. They may be very similar but never identical. Aspects of sex will not vary substantially between different human societies, while aspects of gender may vary greatly.

Gender may be normal (i.e. ‘the norm’) but it’s never natural. It’s what society expects but not necessarily what nature ‘intended’. We have to work hard to reduce the ambiguity between men and women. All gender is a form of drag. There’s no such thing as a ‘natural looking women or men’. Nature always gets a helping hand. Femininity is ‘perfected’ by the addition of make-up, waxing, plucking, hair-styles and clothes and codes of appropriate ‘lady-like’ behaviour. Show me a female Hollywood film star with hairy arm pits and I’ll show you several front page tabloid pictures expressing dismay and disgust that ‘she’s just letting the side down’. Just watch young men affecting a swagger of a walk and the posturing that they’ve seen from rappers, action heroes and their peers. Gender is all an act. It’s a game and you have to play by the rules.

So why do newspapers continue to write about ‘gender’ tests. Well it’s just that ‘sex tests’ sounds ambiguous too. It could refer to the act of sex or the biological status. The solution to this dilemma appears to be to hijack the word ‘gender’ and distort its meaning. Ultimately it’s sloppy journalism that only serves to add confusion. There is no amount of saliva, urine, blood or any other bodily secretion that can be tested to determine gender. We can test for biological sex and infer how a person is likely to behave in a given culture if they ‘play by the rules’, but there is no biological test for gender. 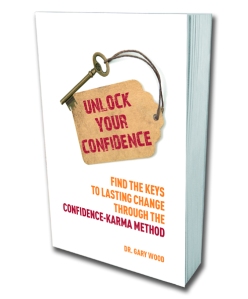